My portrait of Sally Moore sadly did not make it through to the final 55 from a submission of around 2400 paintings for the BP Portrait Award 2014. Try again next year!

I am carrying on with other projects.

Is it creepy to take photos of people without them realising that you are doing so? Looking back at photographs I’ve taken in the past few months, I see that I do indeed seem to be rather fascinated by people, going about their business or gazing into the middle distance. I have sometimes gone on to make paintings of some of them and am hoping to do more.

My recent painting “The Street of Bitterness” is a case in point  and here is another image that I would like to recreate in oil paint. I was travelling past this man’s house and took a shot whilst stopped in traffic (I was not the driver). I was struck by his sombre expression and his stillness, staring out form an upper window, watching for someone of something unknown.

I will most probably just paint the figure and the window but I want to keep the sense of looking upwards at is face. 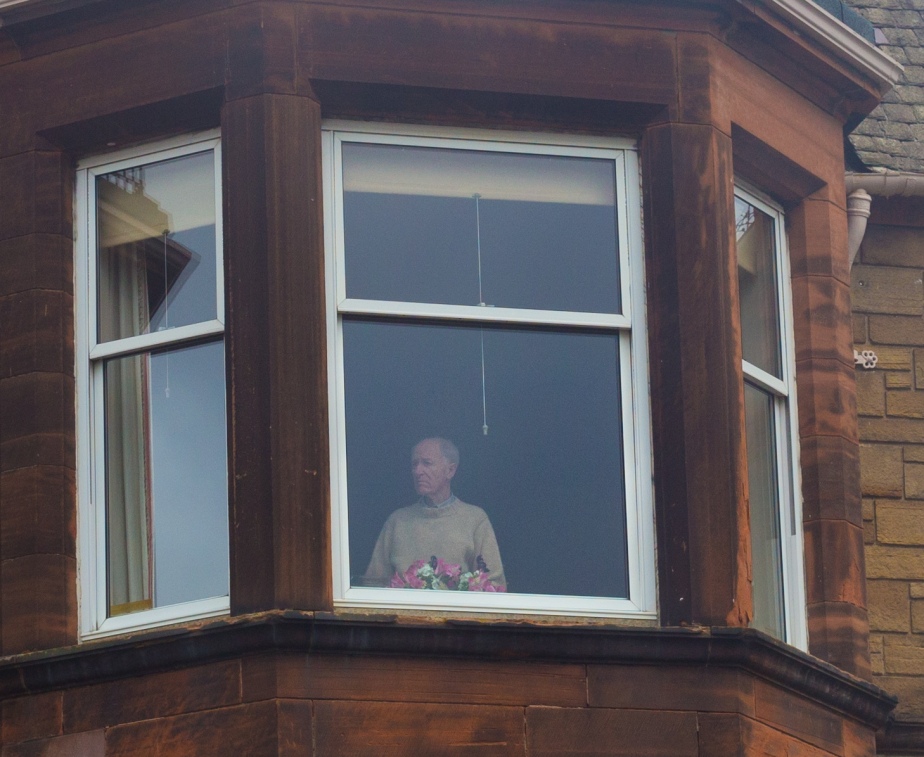 The young men in uniform (personalised of course) making a racket on their way home from school, look so irresistibly vibrant. The photo was taken in one of the poorest districts of Havana, Cuba where every child has free education and uniforms.

Watching and rocking at his post the shade, the guard sometimes appears to be asleep but who could blame him, its been a long day.