Midday – the air is sultry and still in the little back office on the upper level of the galleried courtyard of the Jewellery Quarter. The proprietor has succumbed to the gentle arms of sleep after a little too much lunch. His family look down on him with a benign gaze from their simple frames above his desk. Apart from the specialist calibrated weighing scales, which somewhat resemble a microwave oven, there is little evidence to prove his occupation but I dared not enter to investigate. 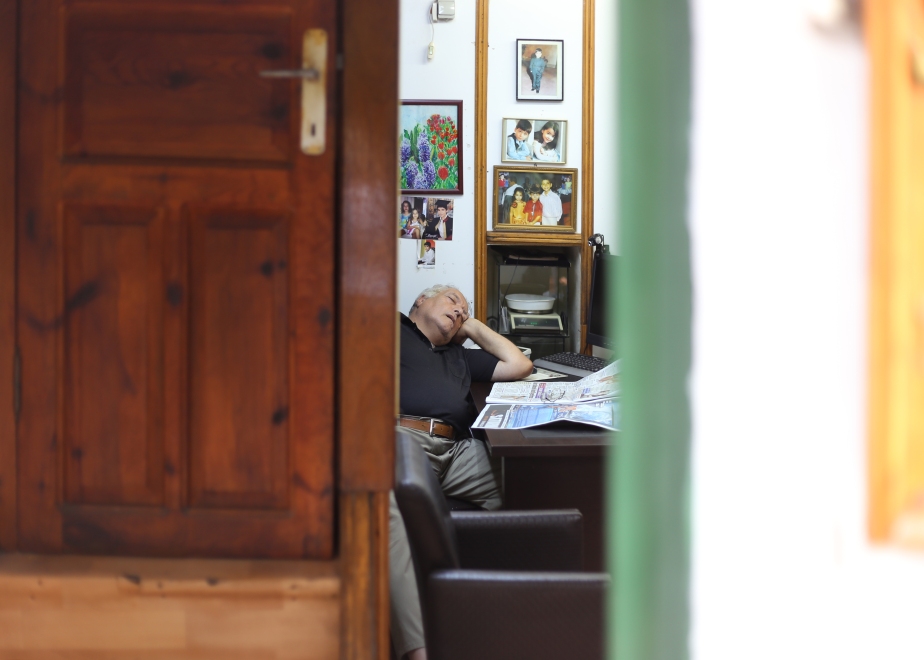 Meanwhile, on the ground floor the Tea Boy is setting off yet again with a metal tray of six tea glasses, each with its own spoon, set out in a circle, accompanied by a  dish of sugar cubes and carried from a brass hoop.  He is supplying all the tiny stalls in the vicinity, being paid in red and orange plastic tokens, some square, some round, thrown down on his tray or left for him on the clutter of a window sill by a stall-holder occupied with a customer.

His father makes the tea and washes the glasses in their diminutive kitchen,  his younger brother is the apprentice, fetching and carrying and getting under their feet. The equipment is ranged within easy arm’s reach, every single thing in its right place except for the electrical cables which swoop and swerve like a trails of birds.

In another sector of the bazaar there is a narrow alleyway between the arcaded shops, which mostly goes unnoticed by the shoppers dazzled by the wares on offer all around. In this alley the walls have been polished by bodies that have bustled through the corridor going about their business, now they reflect all comings and goings of the traders and the changing light.  A tea boy enters the alley and sees me lurking with my camera at the opposite end, he signals to me, at first I see it as a dance-like gesture, its only when I review the image later I realise he is saying “Yeah, take my photo!”  He stops when he reaches me and I show him his photograph, “verry niiice” he says in a rich Turkish accent, smiles and nods and is gone before the tea gets cold.

Istanbul if full of people with striking faces, out of the ordinary types, women with narrow faces and dark eyes, men with black hair but eyes the colour of the sea.

This man’s face is so familiar, it seems to come straight from the Sunday School bibles of my youth, faded posters in church hallways and mosaics in lofty church vaults. And yet he is a modern man, an animated spice salesman with his perfect cones of colourful powders to accommodate every culinary and medicinal requirement.

This proud figure striding through the market caught my eye, she’s not browsing through bags or scarves or rugs, she is purposeful. She and her daughter make a bright and colourful image even in this multicoloured world of the bazaar. 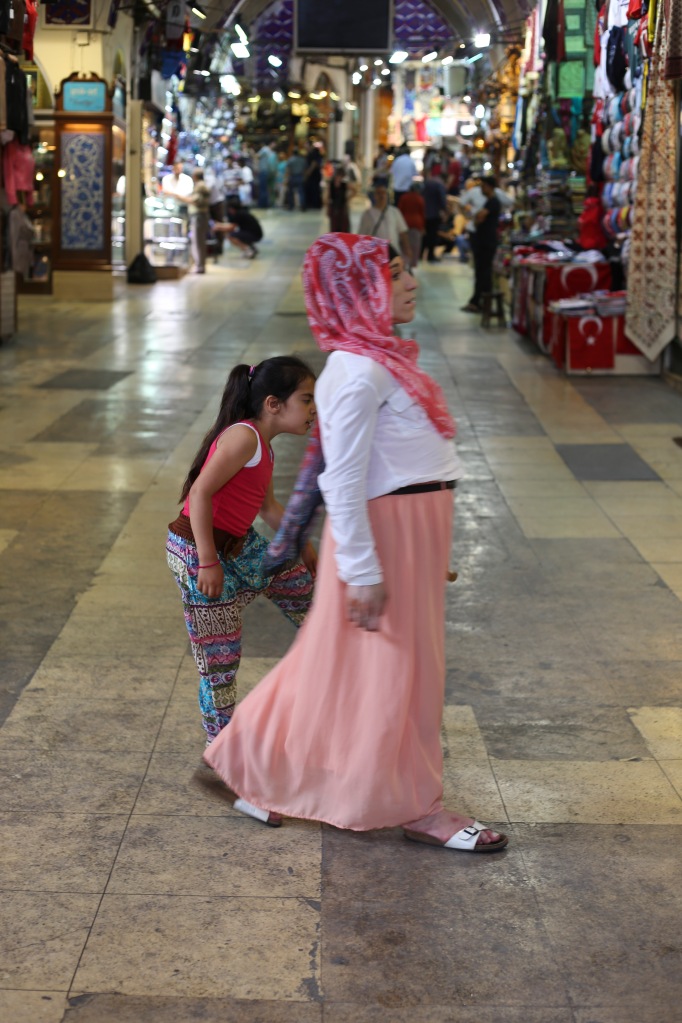 This young girl is not yet old enough to be wearing the hijab, she must be an expert at reading her mother’s eyes without seeing her full expression – she is watching her so intently.

In the square near the Spice Market sits a woman reading, each day she comes here for an hour or so’s peace from her busy life serving others. Here she can hide amongst the crowds and let herself be transported into other worlds through the books she reads. Her daughter supplies her with volumes left behind by tourists in the hotel where she works. Lets call her Ajda, over the years she has taught herself English, French and German,  she has read  some of the great writers and many of the more populist novels – The Beach, Harry Potter and more. Sometimes she is joined by her daughter and her grandchildren but they leave her alone to enjoy her own secret travels. 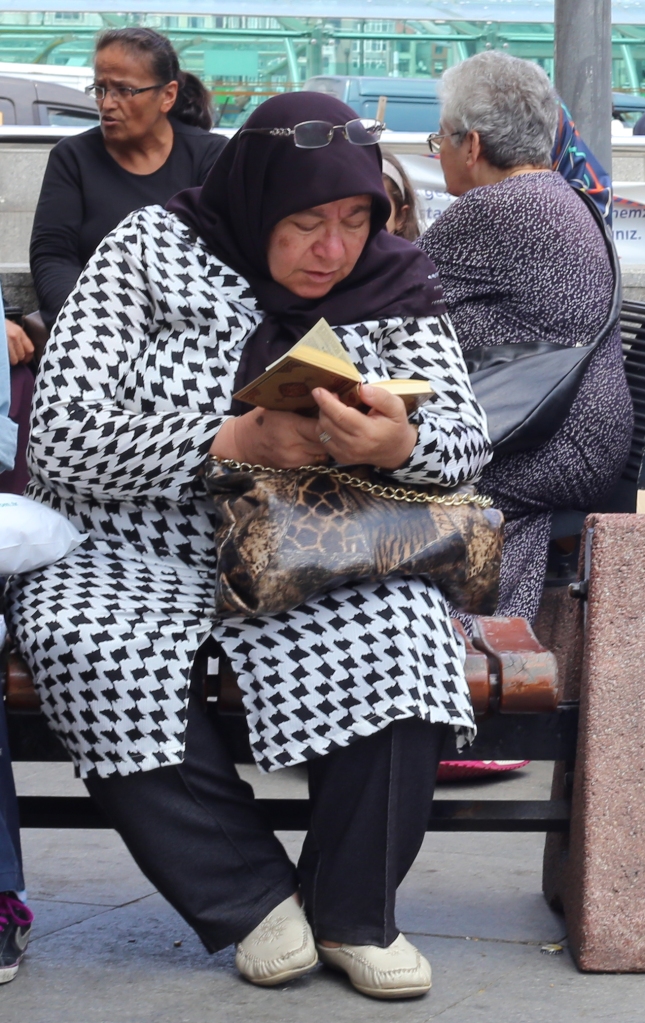 2 thoughts on “Istanbul – The Grand Bazaar and the Spice Market”