The Galata Bridge bears witness to all sorts of stories every day, little dramas and patterns of activity. Tucked away under the start of the bridge and the below the road, is a dismal, dirty corner where a boy sits on a tan leatherette-covered chair, the same colour as his arms. He sits reversed on the chair, using the high back as a chin-rest whilst he reads the paper. Perhaps he is a guarding something that is not apparent at first sight or maybe he is just whiling away time. A little further along a figure sits leaning against a red electrical supply box, one leg up on the concrete ledge, the other supporting him on the floor. He is asleep, he has been asleep for some time, hoping to pass a few more hours in oblivion.

I return the next day curious to know more, I find the same dark corner, the same chair but a different boy and another figure in place of the sleeping man.

The elaborate  ironwork, once a delicate sea green is rusting and stained now and has become a collector of forgotten items. 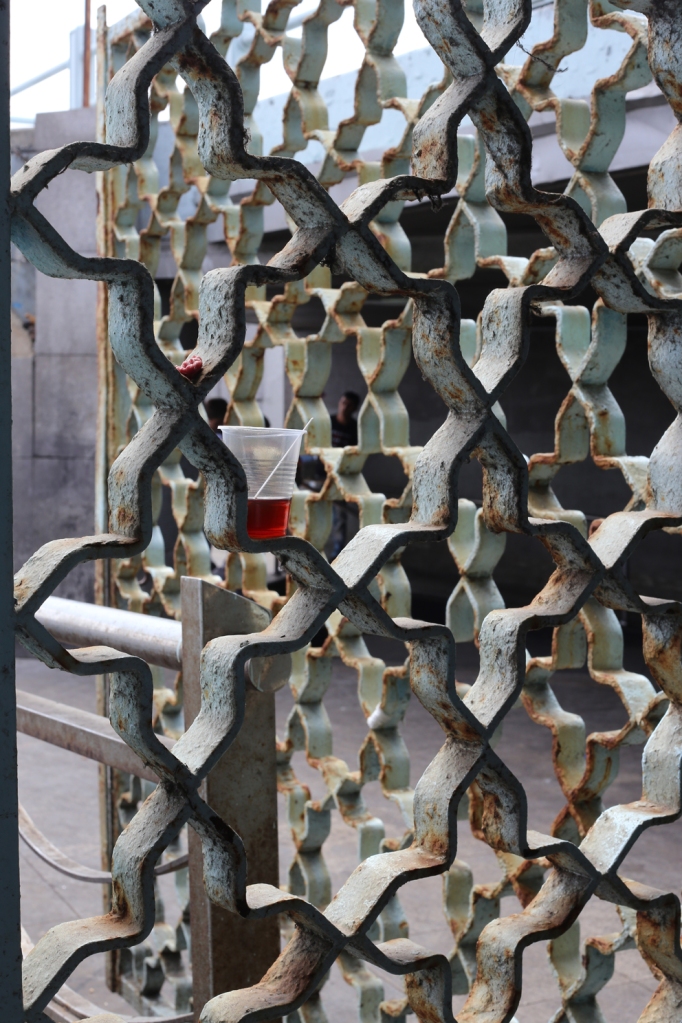 Fishing is a universal sport wherever there is water but here especially as the water is deep and full of mackerel, eel and mullet.  Amateurs and experienced fishermen crowd the balustrades catching around 76 tonnes of fish per year.

Below the road and tram-way there is a lower level full of restaurants and bars, quiet in the mornings and raucous at night with revellers singing and dancing after they have dined.

At FISH POINT, one of the four identical staircases,  a third of the way over on the East side, the waiter gesticulating whilst talking on his mobile phone is annoyed because he has no customers, the boy on the stairs can’t find his friends, they’re probably on the opposite side of the bridge. The women looking out to sea – are they wondering what it would be like to sail away to foreign lands. Meanwhile the back wall under the sign of Fish Point, is protected by buffers which appear to be gigantic McVities shortbread biscuits.

Along the centre of the bridge at this lower level runs a service corridor, a functional, dour place lit by fluorescent tubes and yet two men choose to spend their lunchtime break there rather than on the outside. 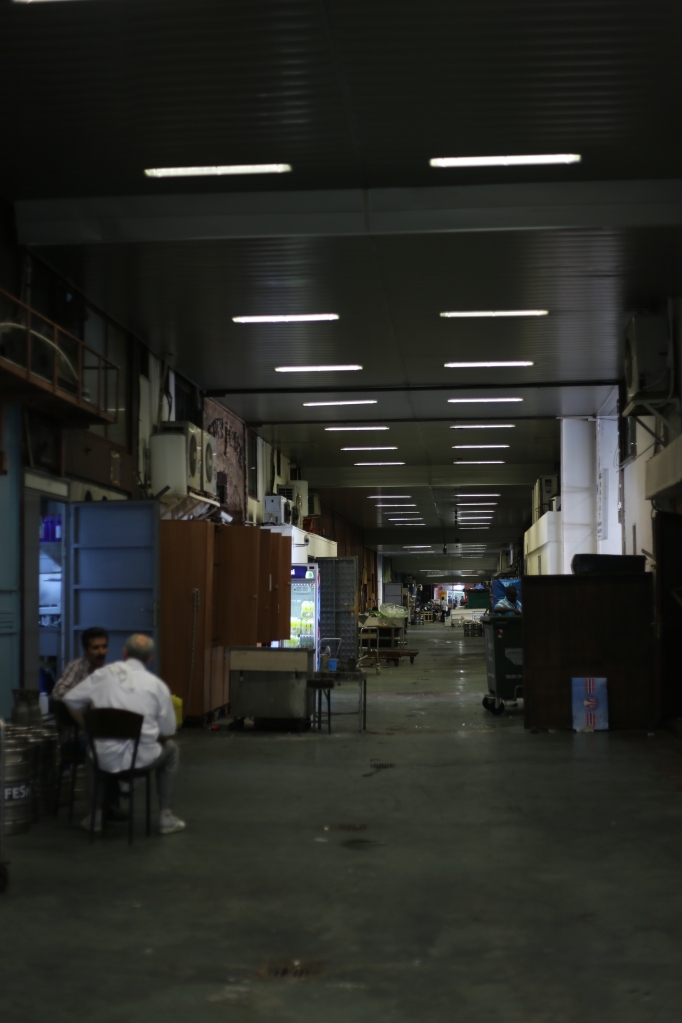 On the other side of the bridge I see a boy cowering on the steps, crying. I wonder if he belongs to the woman in the foreground or the man behind but later I pass by again and he’s still there. In London a boy alone at that age would be a worry but in Istanbul children are everywhere out on the streets selling trinkets or guide-books. I do wish I had spoken to him though. 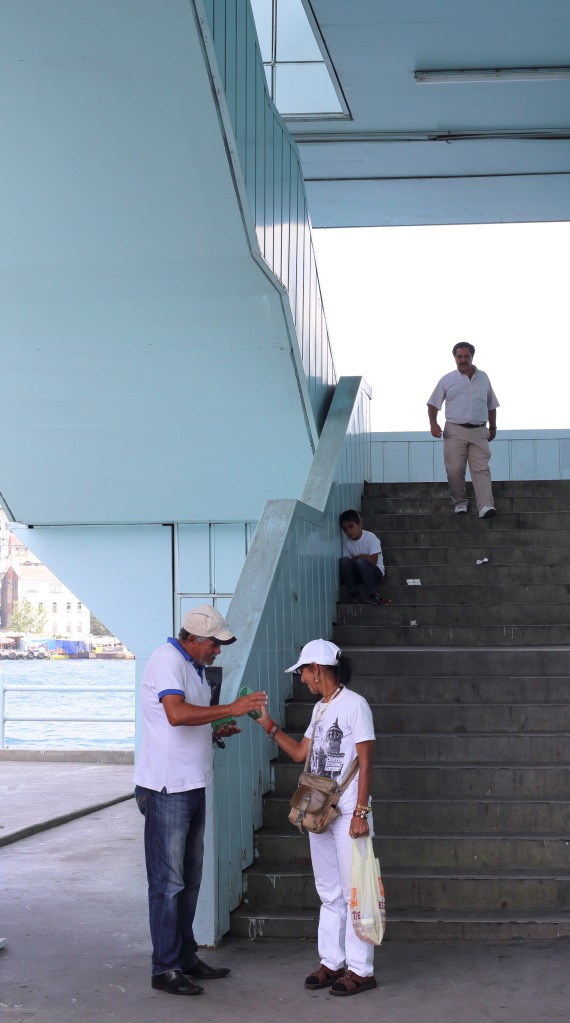 I stood for quite a while watching people climb these stairs, their heads would appear and disappear tauntingly, some shorter people visible at the bottom, only reappeared right at the top once they were back on the flat.

Galata Bridge, looking back to the New Mosque, in a previous incarnation around 1910, much lower and made of wood. There are no trams, no cars and no horses, I presume like in present day crowded hilly bustling Istanbul, most local movement of goods is done by men with carts, trolleys or shoulders.