I have no idea where this started but it seems I have a thing about stairs, maybe its the structure – I am drawn to repetion in design,  or maybe its the prospect of what might be waiting up there, just out of sight. Architects these days seem to pay more attention to stairs, making them interesting as structures in themselves rather than simply a means of progression between floors.

Davis Chipperfield at The Hepworth in Wakefield has used polished concrete, compressed paper and unusual 12.5 degree angles and roof lights bringing daylight in through toplight strips, to create a serene space. 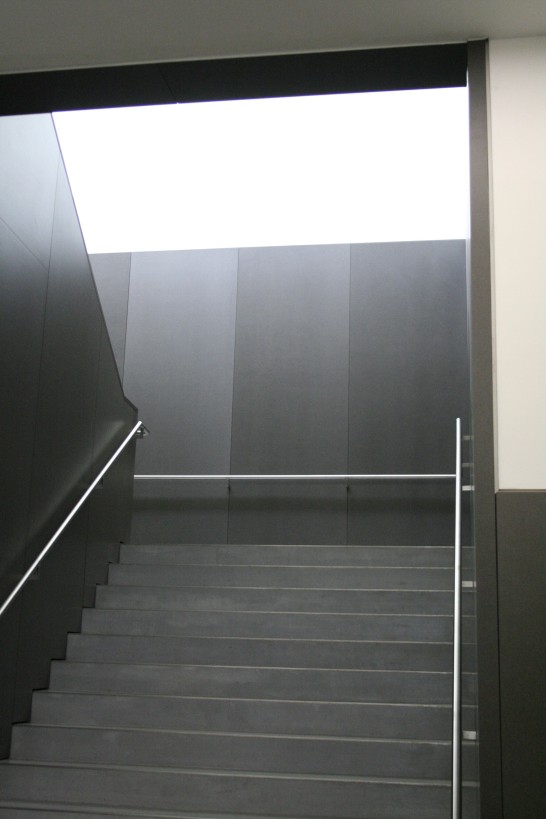 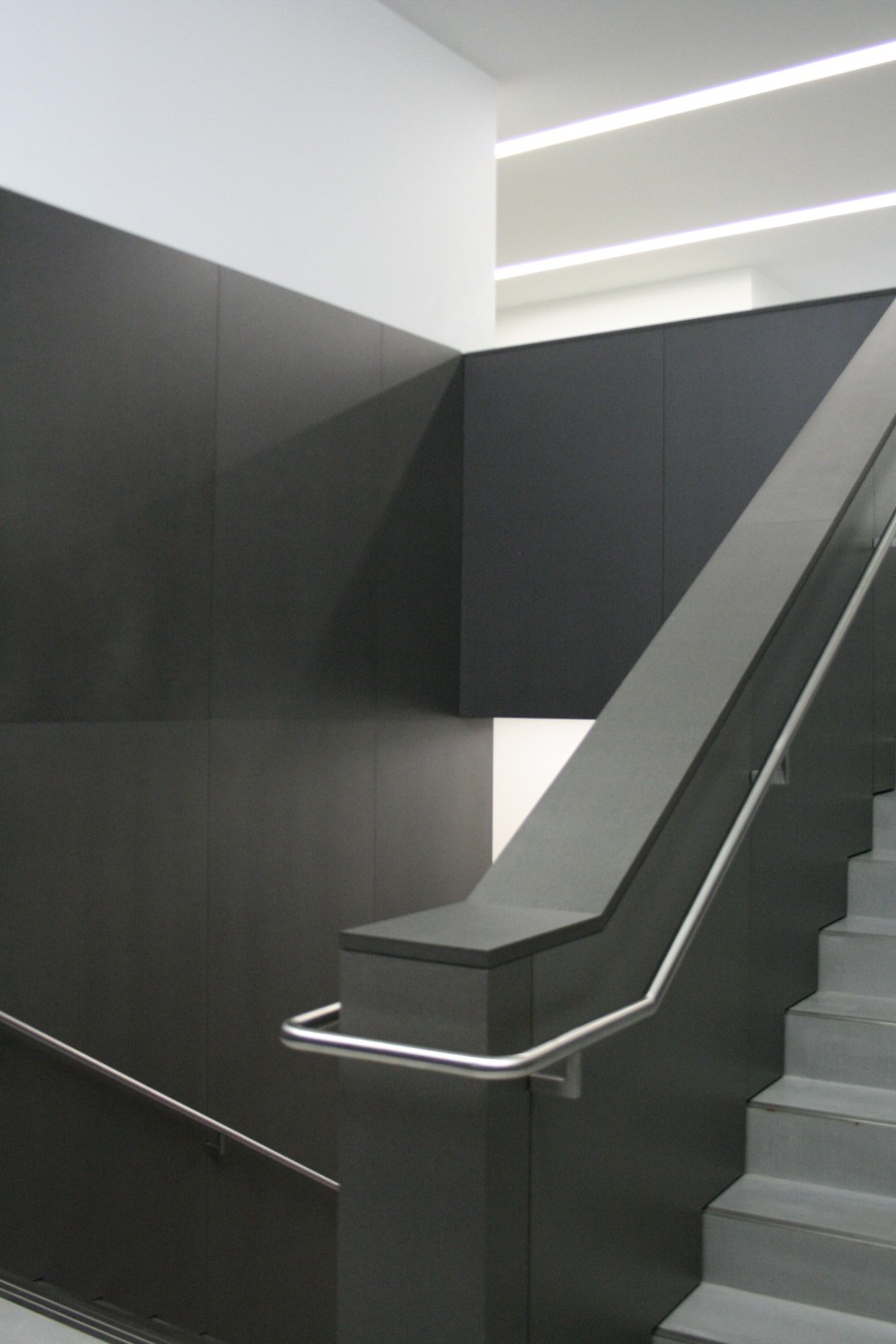 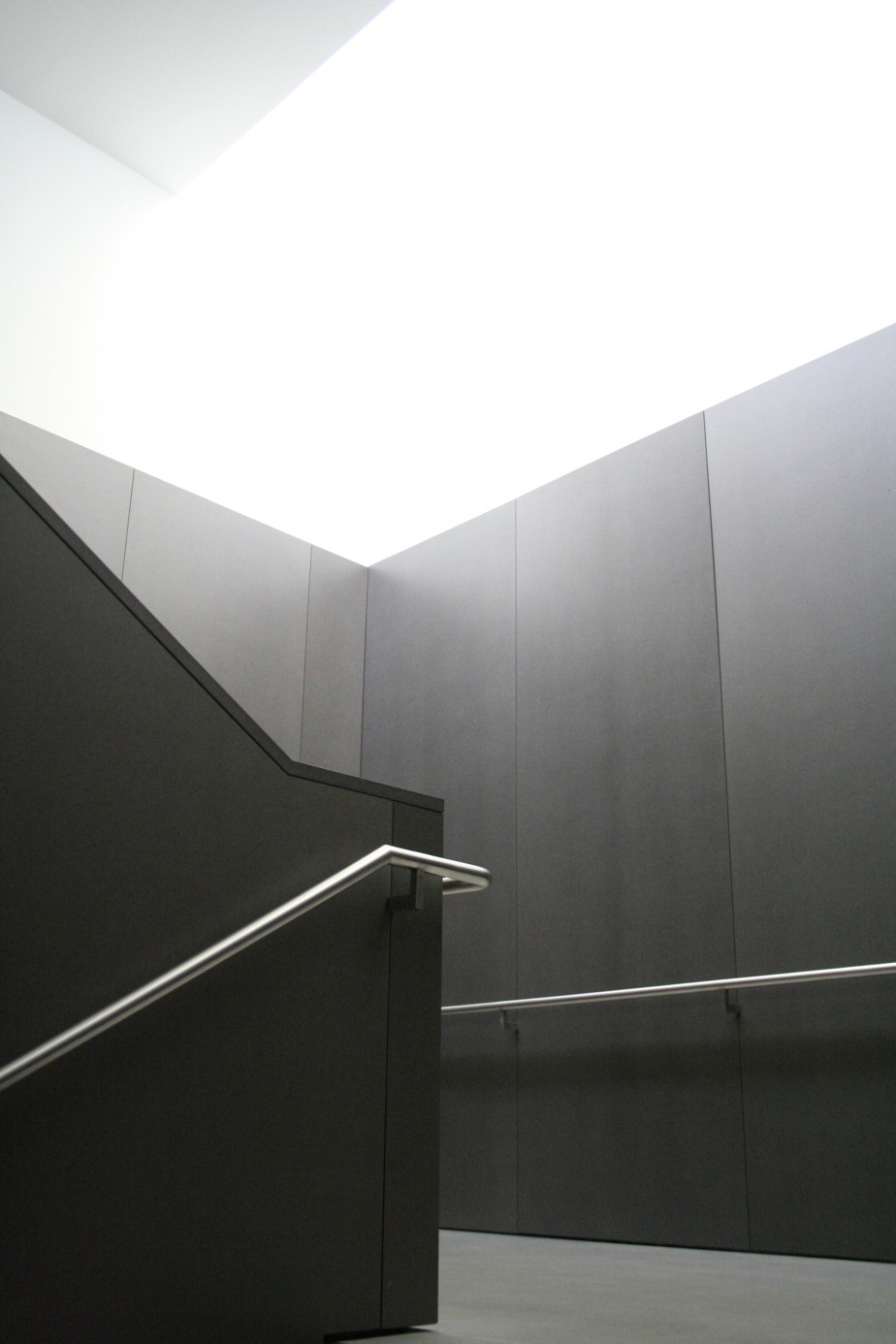 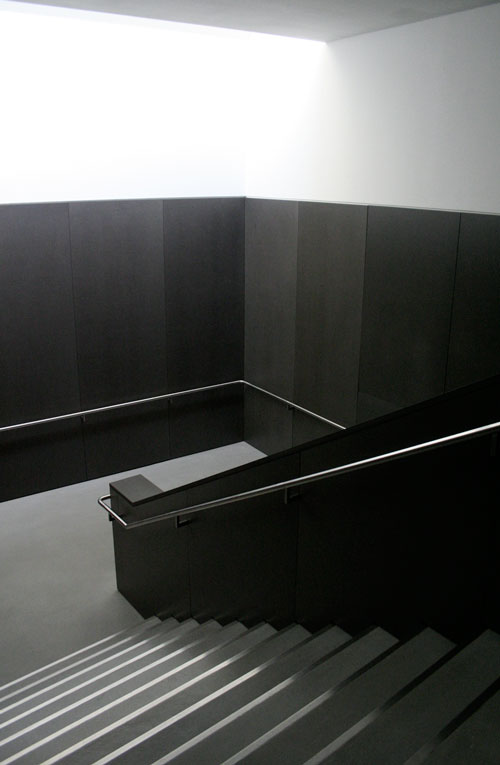 The Art Gallery of Ontario in Toronto underwent a redevelopment  by architect Frank Gehry in 2004, called Transformation AGO,  which succesfully “unites the disparate areas of the building that had become a bit of a “hodgepodge” after six previous expansions dating back to the 1920s”. A delightfully sinuous structure clad in fine grained veneer with concealed lighting, wends its way from top to bottom through the existing Classical style building, with views within the galleries as well as the Toronto skyline. 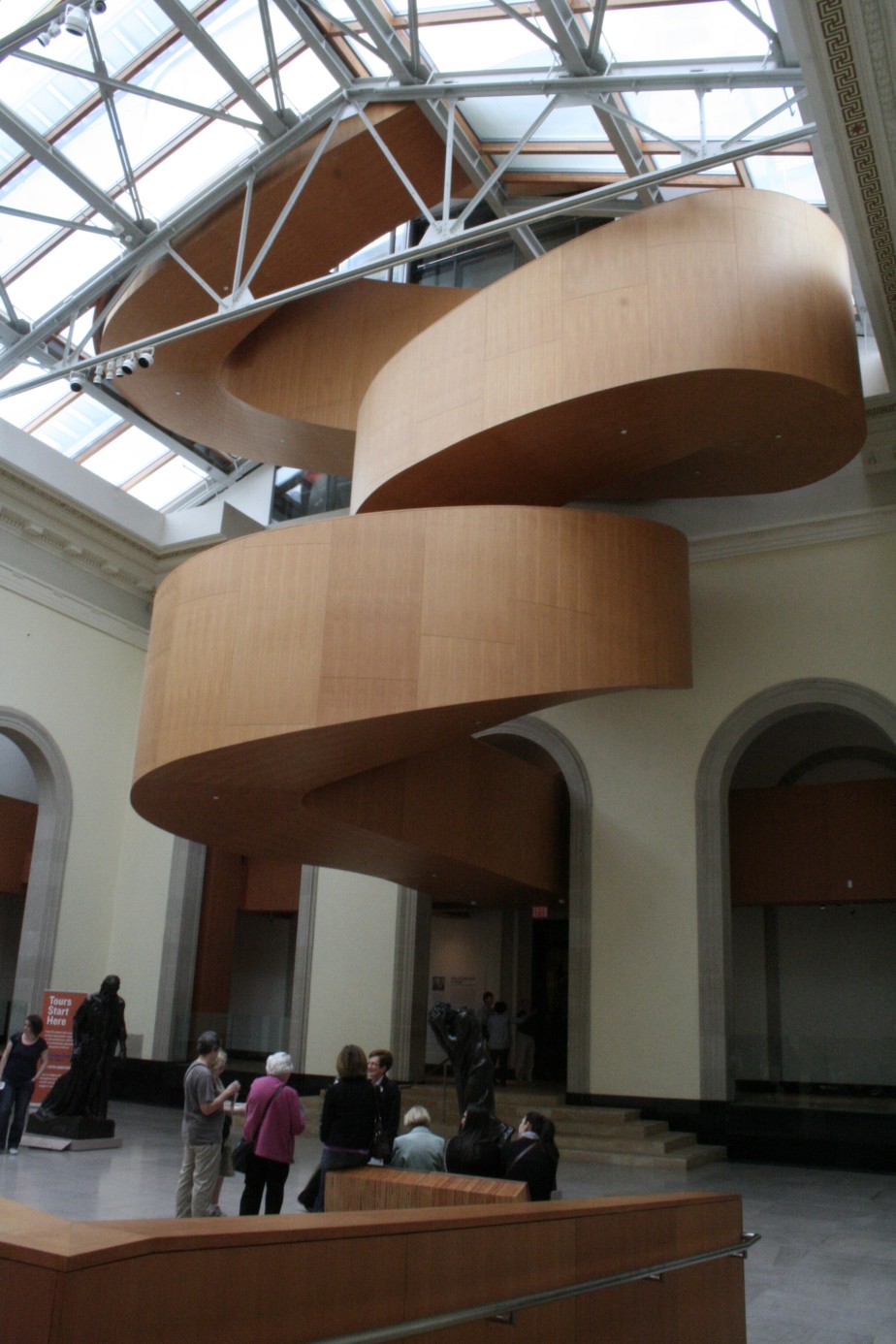 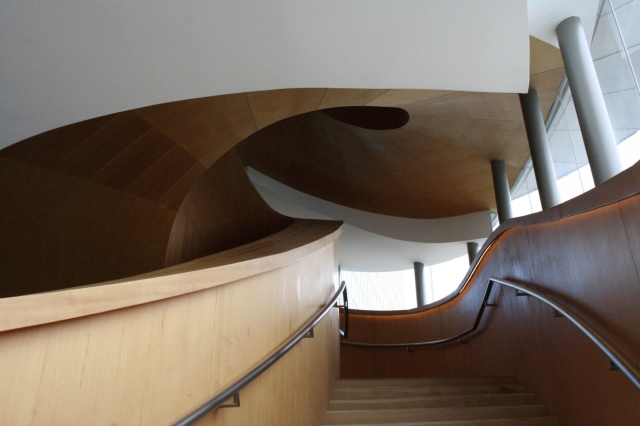 A visit to in Paris, a friend’s house  – a converted greengrocer’s shop, a simple wrought iron bannister on the steep concrete steps made by the local blacksmith compared to its counterpart in the corridor, leading to the separate apartment upstairs. Parisian domestic stairwells always seem to squeeze in a lightwell however narrow the space. 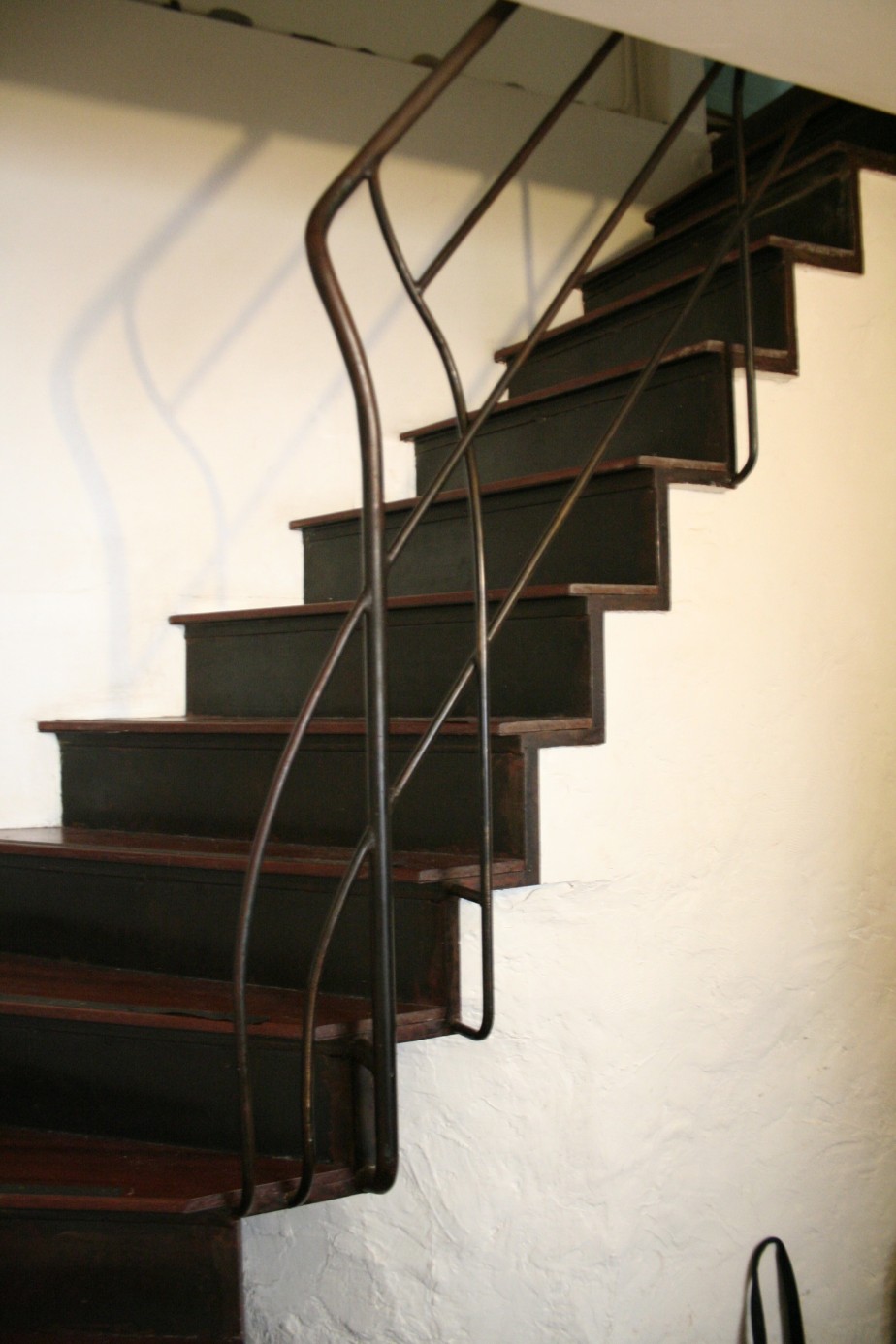 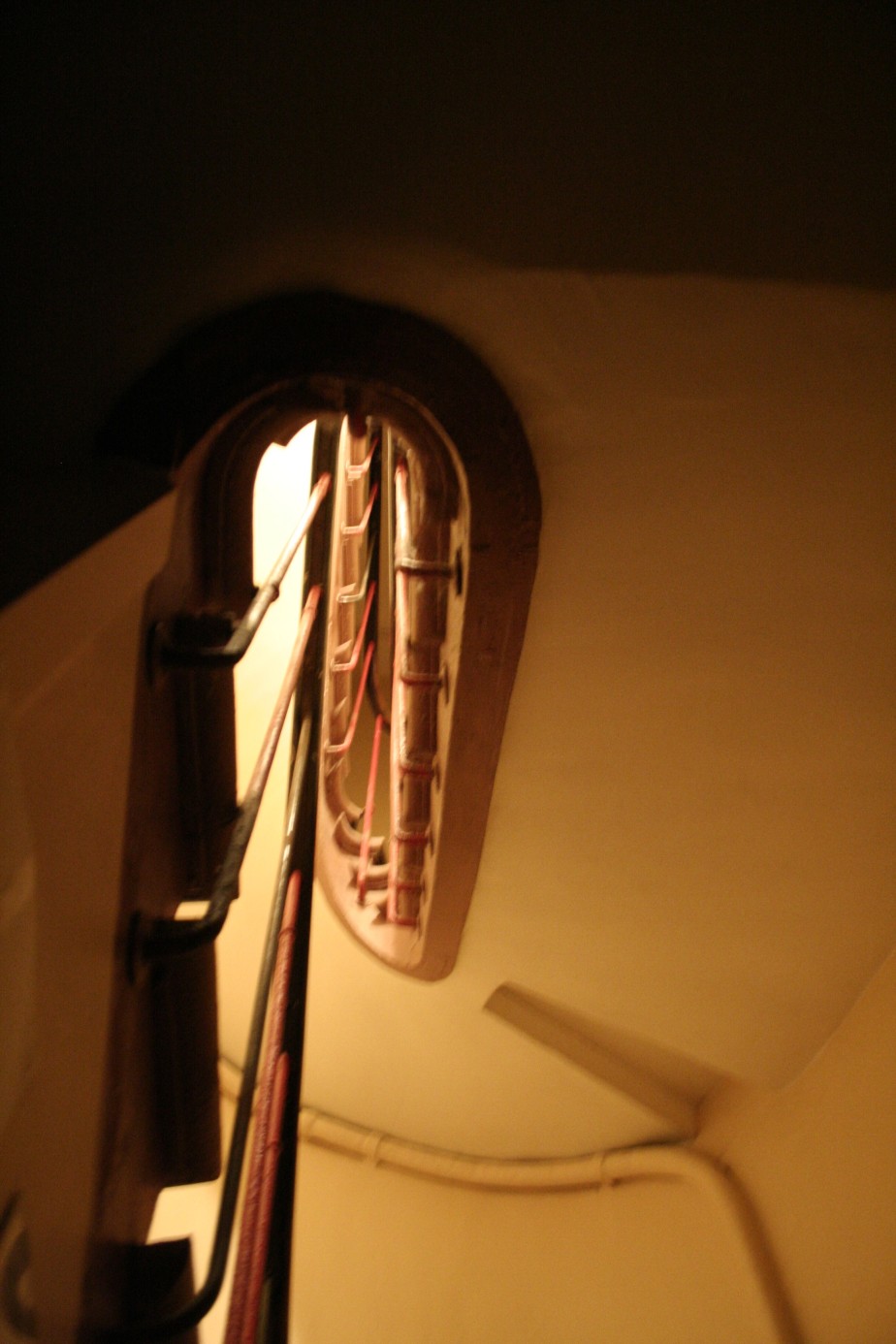 An escalator rather than a stairway on the outside of the Centre Pompidou is a lit by a continous flow from red through orange, green and purple lighting. 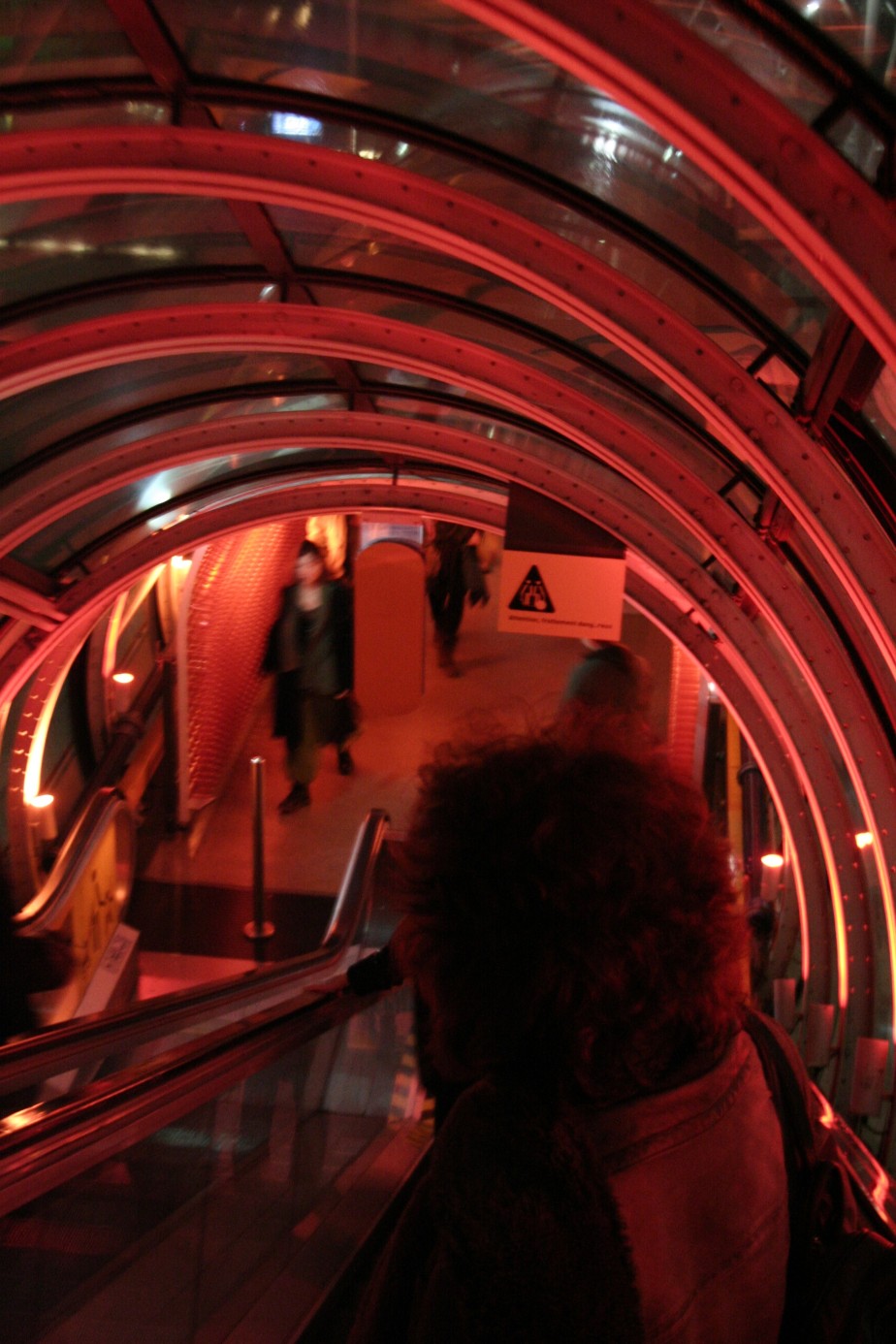 The Tour Eiffel being painted during its construction in the late 1880’s, the painter seemingy quite at home on these “stairs” Photo by Marc Riboud 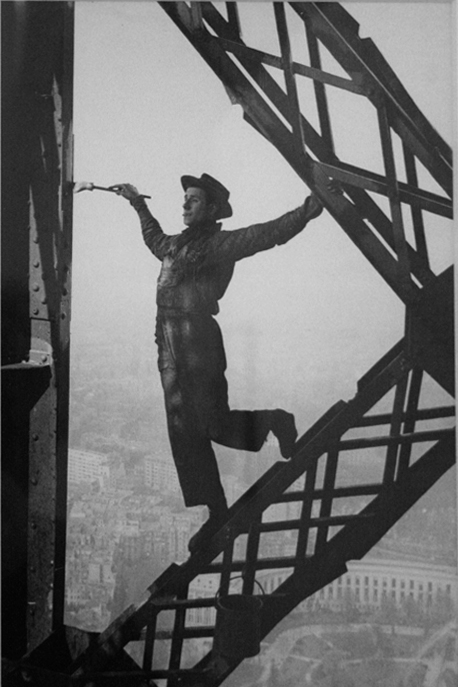 The grand  entrance  Pyramide du Louvre designed by the architect I. M. Pei – again an escalator not a staircase as such but with echoes of Eiffel’s ironwork in the modern lightweight metal structure supporting the glass pyramid. 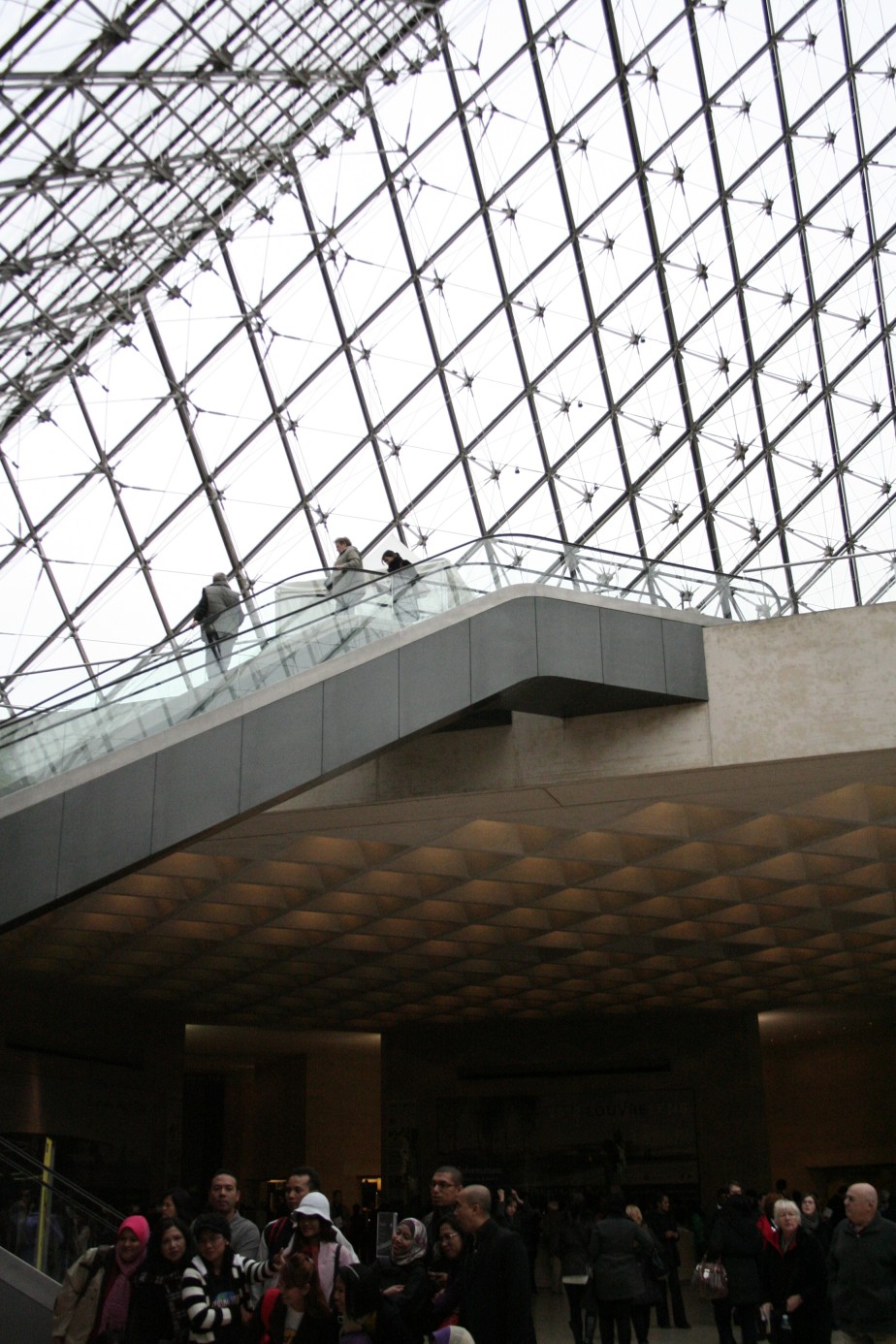