The garden was over-grown and filled with an invasive wild plant which was choking all the shrubs and the lawn. The neighbouring garden had at one time included 25 mature fir trees which blocked light from this garden causing shrubs such as the Pittosporum Garnettii, Ceanothis and Cercis Canadensis, searching for light, to grow into trees. After an extensive clearing out of weeds, overgrown shrubs and general detritus, the garden was left with just the trees and shrubs that would come into their own with careful pruning and ground cover planting beneath.

A pyramidal greenhouse, somewhat abandoned, sat sadly in the shaded side of the garden, the path to the garage had all but disappeared in the undergrowth.

The circular pond had originally been fed by a little rill running down the side of the garden from a stone bowl near the house, the circulating water being pumped around by a small fountain in the pond. Over the years the pond had become infested with weed and the water-lilies had died, the rill’s foundations failed. 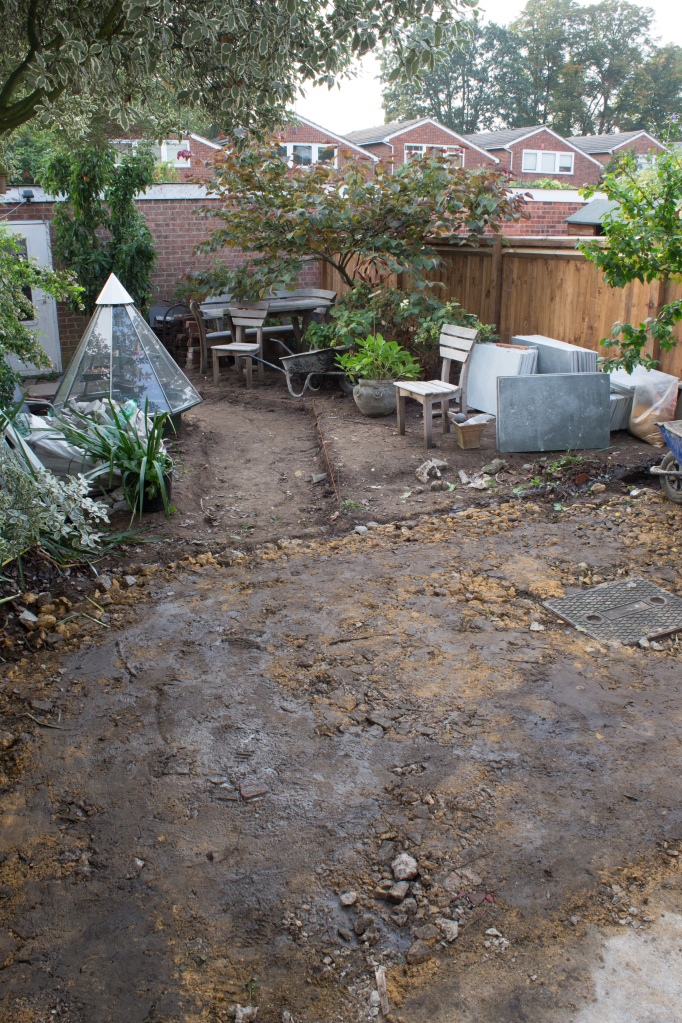 The ugly cracked concrete crazy paving was dug up and replaced with a larger area paved with blue/green stone leaving plenty of space for the table and chairs, a wide path was laid with a 127º angle echoing the footprint of the greenhouse and with shallow steps leading down the slight incline to the garage. 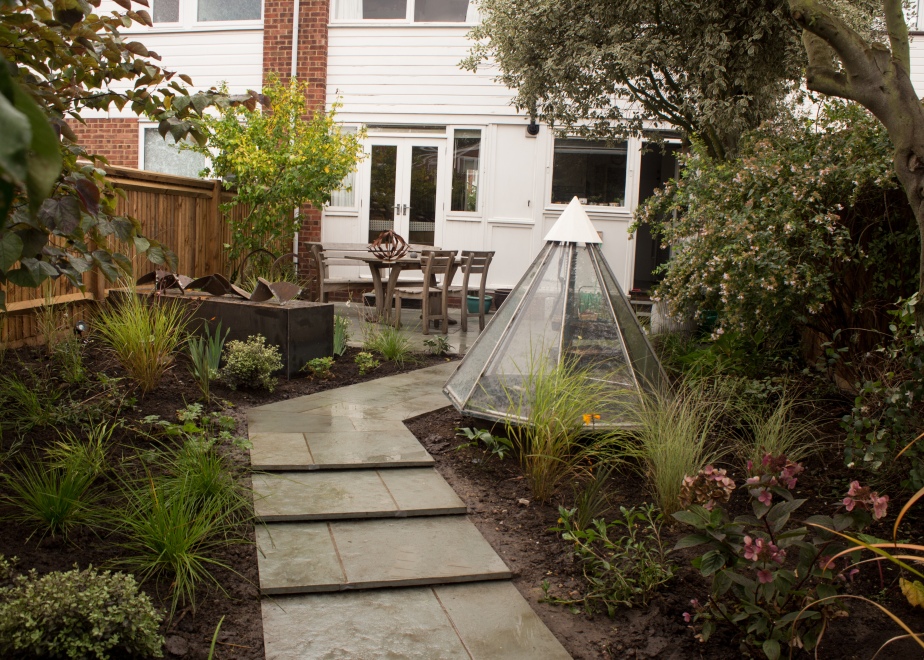 The planting scheme was designed by John McCormack to create a low maintenance, informal garden that has plenty of interest in every season, the layout is quite masculine and perfectly set off by the wide variety of leaf shapes of the plants. The deciduous plants have magnificent autumn colours and numerous evergreen grasses of 3 or 4 types and heights are laid out between the trees, their upright stems catching the light. Other signature shrubs have been planted, Hydrangea Quercifolia (an old favourite), the climber Trachelospermum jasminoides to splay out over the brick wall, Viburnam Davidii, Pittosporum Tom Thumb and lots more Hellebores to join the existing collection. The Liriope Muscari have wonderful arching dark green leaves and purple flower spikes which turn to stems of black berries in late Autumn. 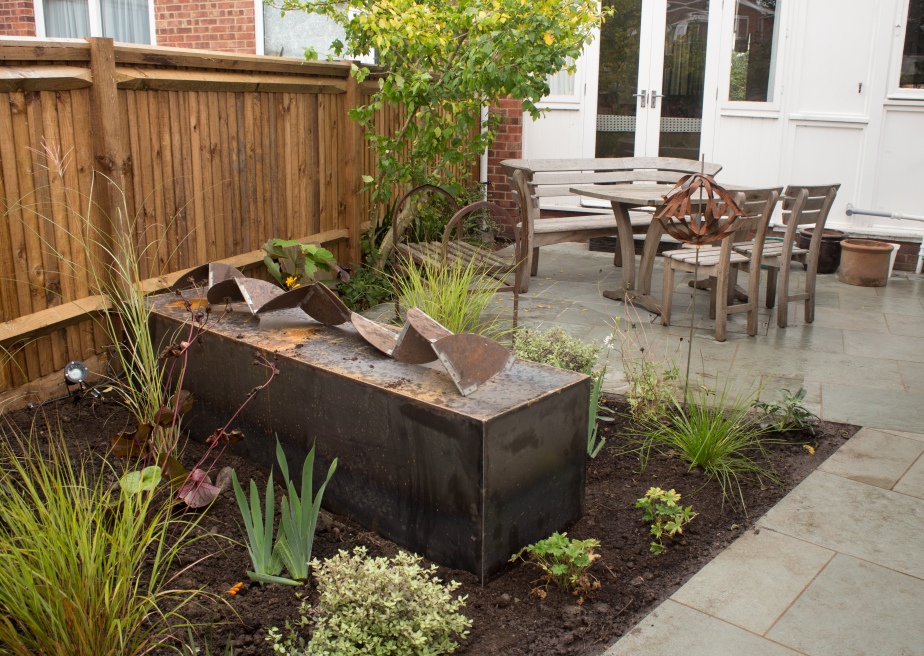 The pond has been filled in and replaced, in a different position, with a large water trough, a sort of infinity pool with the water level right up to the lip, reflecting the sky.
Before the tank was properly installed it was left for a while upside down with a sculpture displayed on top.The trough will gradually turn rust red on the outside, which will look good through the grey strap leaves of the Iris Germanica and the delicate white blooms of the Gaura Lindhei and the dark purple Cosmos planted in front. A few bright orange Crocosmia and spring bulbs as well as summer meadow flowers will fill in the gaps with splashes of colour.

A place that for a long time has been forlorn is now a sunny spacious delightful garden to spend time in or to look upon at night when lit up by strategically placed lamps.

Thanks to John, Mario and Michal of JMC Landscapes and John Richardson who made the trough.