The Barbican on a hot Wednesday evening was another delight, a talk by the renowned Swiss artist Peter Fischli  whose father studied at Bauhaus Dessau. He talked about the influences of the Bauhaus after its demise including its far-reaching effects in the US an even in Britain.

I was expecting an audience of people in their 60s but the average age was more like 30. He talked about his early life living in a modernist house designed by his father in the outskirts of Zurich. Affectonately known as The Shoebox by the locals, the house was furnished with non- upholstered chairs, as upholstery was considered Bourgeois. He showed us this image. 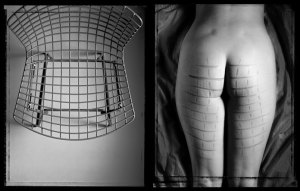 It was only today that I realised that Fischli’s collaborative partner 0f some 30 years David Weiss had died a few weeks before. Fischli/Weiss  – The Way Things Go

One thought on “Bauhaus at the Barbican”