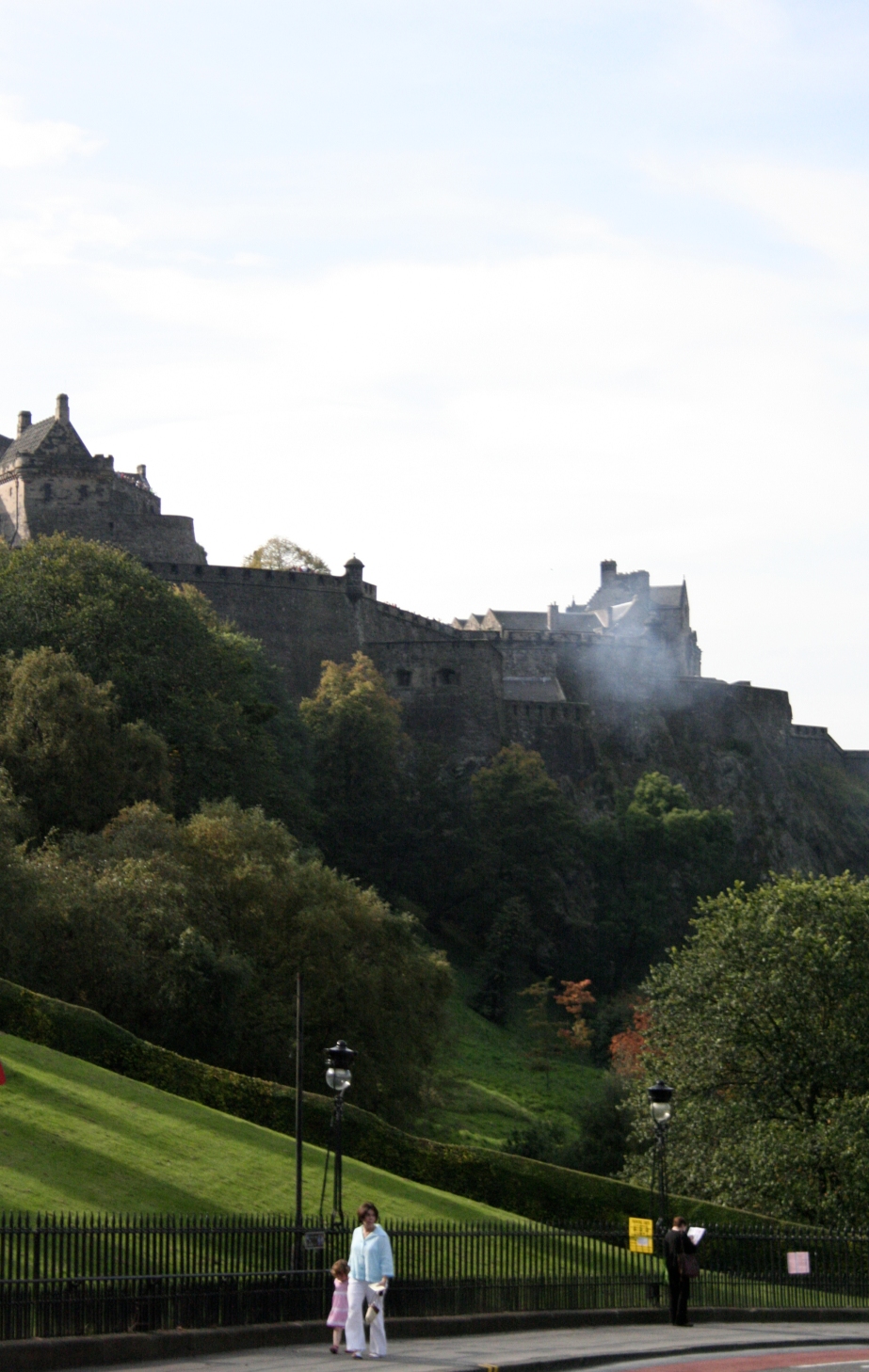 The Edinburgh One O’Clock Gun – clicked the shutter a few seconds later than I’d hoped.

In my time as a conservator of paintings I learned that a semi opaque substance seen in front of a dark object or space, will appear as blue-hued even though it may be warm yellow or brown-hued itself. These two photos show that effect known rather pompously as the “Turbid Medium” effect, it also happens with other transluscent substances such as steam, mist and clouds.

This effect can be used to good purpose in oil painting especially in portraiture (a description of Rembrandt’s technique – a layer of light toned paint is laid thinly over a warm dark-toned area producing a cool effect in the upper layer suggestive of cool shadow on skin tones).