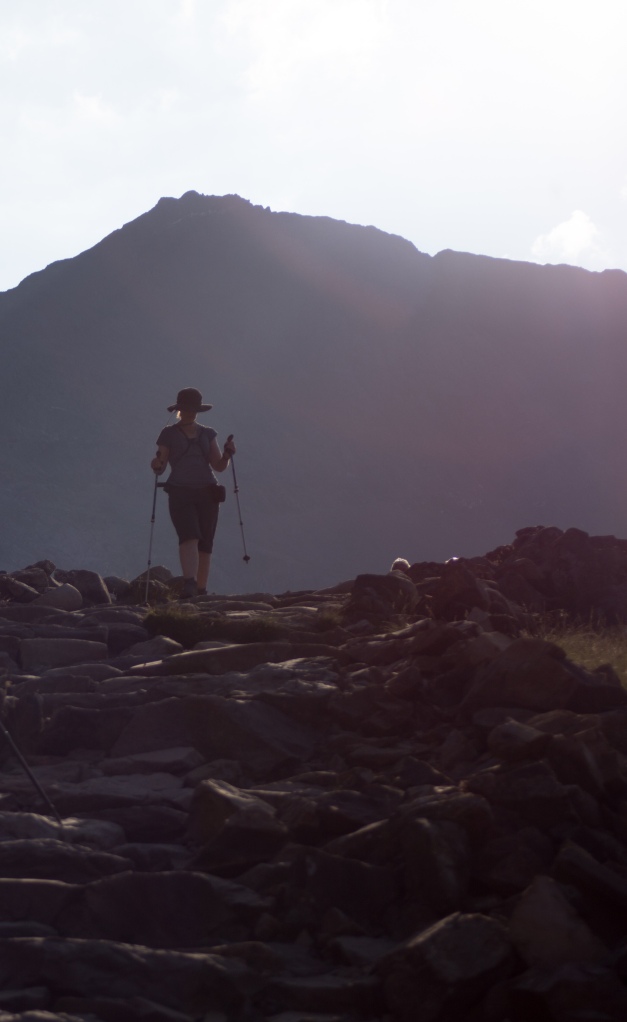 For the first time I braved the challenge of walking down Snowdon, I had taken the train up but walked down via the Pyg track. It was a scorching day in late July, I was with four friends, all probably fitter than I. It started off well enough, the views were spectacular, I had plenty of water and the route was well known to our leader, I was enjoying it immensely. But after a long tiring struggle – downwards walking is so hard on the knees – I was enjoying it a lot less.  Using the last of my energy I pushed on a bit faster, to end the seemingly interminable descent a little quicker. I lost sight of the others but sensibly stopped and waited. The sun was behind Snowdon and the light was falling across the ridge, I hoped I might just be able to take a good photograph as one or other of them appeared over the intermediate horizon.

I was pleased when the first one to appear was wearing a wide-brimmed hat, silhouetted against the light. Just seconds later the composition might have been spoiled by the appearance of two other walkers following behind, in fact the tops of their heads are just visible, catching the sunlight to the right.

The rest of the descent took another hour, nearly five in all but well worth it for the exhilaration, the views and that one photograph.