NLA runs guided tours of new architecture in London, I joined the one around Southwark yesterday, very ably and engagingly led by David Thompson. There’s plenty of tucked away areas beneath the many elevated railway line, still with rare insights into the history of the area. But we were looking at the new architecture. in the zone between The Shard at London bridge to the East and South Bank Tower at Southwark Bridge to the West.

Until now I rather resented the Shard (Renzo Piano) but I have begun to enjoy its dominance of the area, you can see it from everywhere, or at least its tip. It now seems more of a gentle giant than a monster, reflecting the weather of the day, the mood of the moment, almost disappearing against the vast sky. I found myself taking photos of it from every angle, my resentment of its intrusion dissipating with each click of the shutter. Unexpected juxtapositions abound, here it hides behind a low-rise residential brick block, tucked neatly between the ten terracotta chimneys. 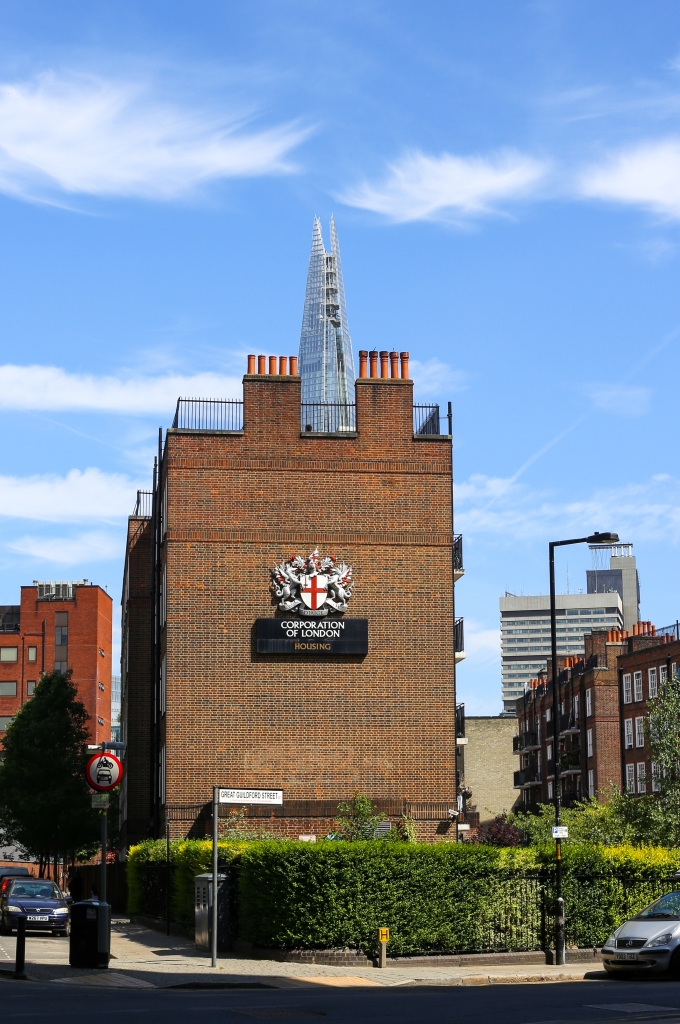 And here, the most complete view, seen across an empty lot, its height exaggerated by the low remaining buildings but still it seems light and graceful.

Even seen behind the spires of Southwark Cathedral it seems more like a protective big brother than a bullying one.